What You Need to Know About Finishing Your Basement

As you explore your floor plan options, you’ve probably noticed that almost all of Broadview’s models include the possibility of a finished basement. The most popular plans tend to include an extra bedroom, another full bathroom, and a rec room or hangout space, though we’re sometimes able to design the space in a different way. Depending on the model, a finished basement could add 500 to 1,000 square feet of living space!

Of course, it is an added expense, and you might wonder whether it’s really worth the cost to have this extra space. Will you use the space now? Could you just decide to finish the basement at a later time?

Here, we break down some of the things you should think about before making your final decision. But we think you'll see that finishing the basement in a new home build makes a lot of sense. 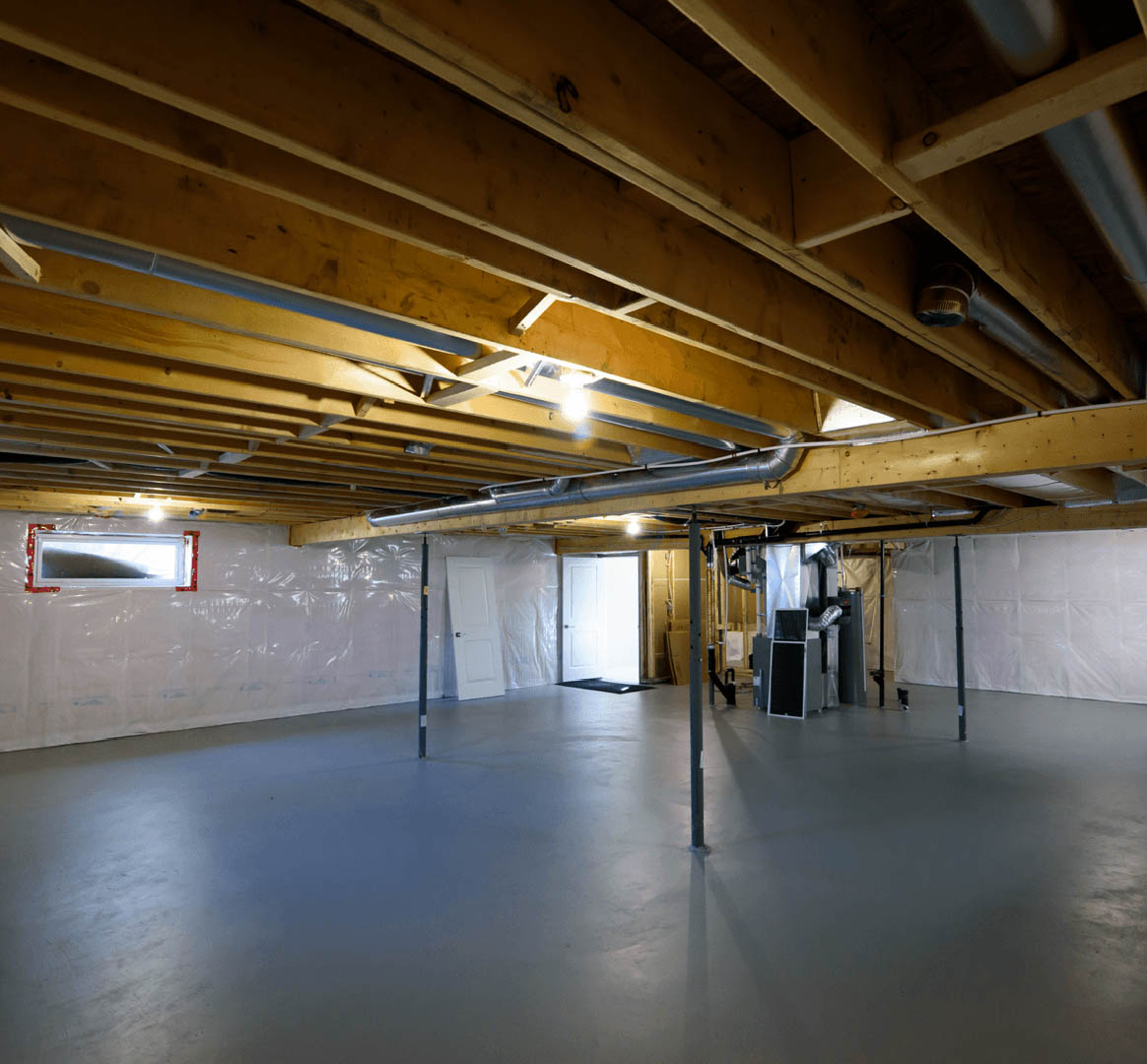 It’s Best to Start with a Plan

Buyers don’t always realize that there are subtle differences between the design of a finished and unfinished basement. Perhaps the most obvious difference is the presence of posts throughout the space. In an unfinished basement, you often see posts going down the centre of the room. These posts support the home.

In planning to finish the basement, though, many people opt to have those posts replaced by strong steel beams that support the home without breaking up the space in the room. It’s a costly hassle to replace support posts after the home is built, and sometimes it’s completely impossible. If you think you might finish the basement at a later time, you’ll want the builder to know so that they can build these details into the initial design plan even if you choose not to finish the basement at this time.

Cost-conscious buyers often think that they can just finish the basement later on. This is definitely possible, but it can cause more hassle down the line. When you include a finished basement with the build of the home, you’re wrapping up all of the costs into the home build. This can spare you from an extra added expense later on, when it could be harder to find a convenient time. You'll also be wrapping up the construction time (and disruption) into the time taken to build the home, which could save a noisy and potentially inconvenient build after you've moved in.

On top of all this, a basement finished at the time of the build will also be covered by Broadview's 1-2-5-10 Warranty program. That way, you know you'll have nothing to worry about should anything go wrong. 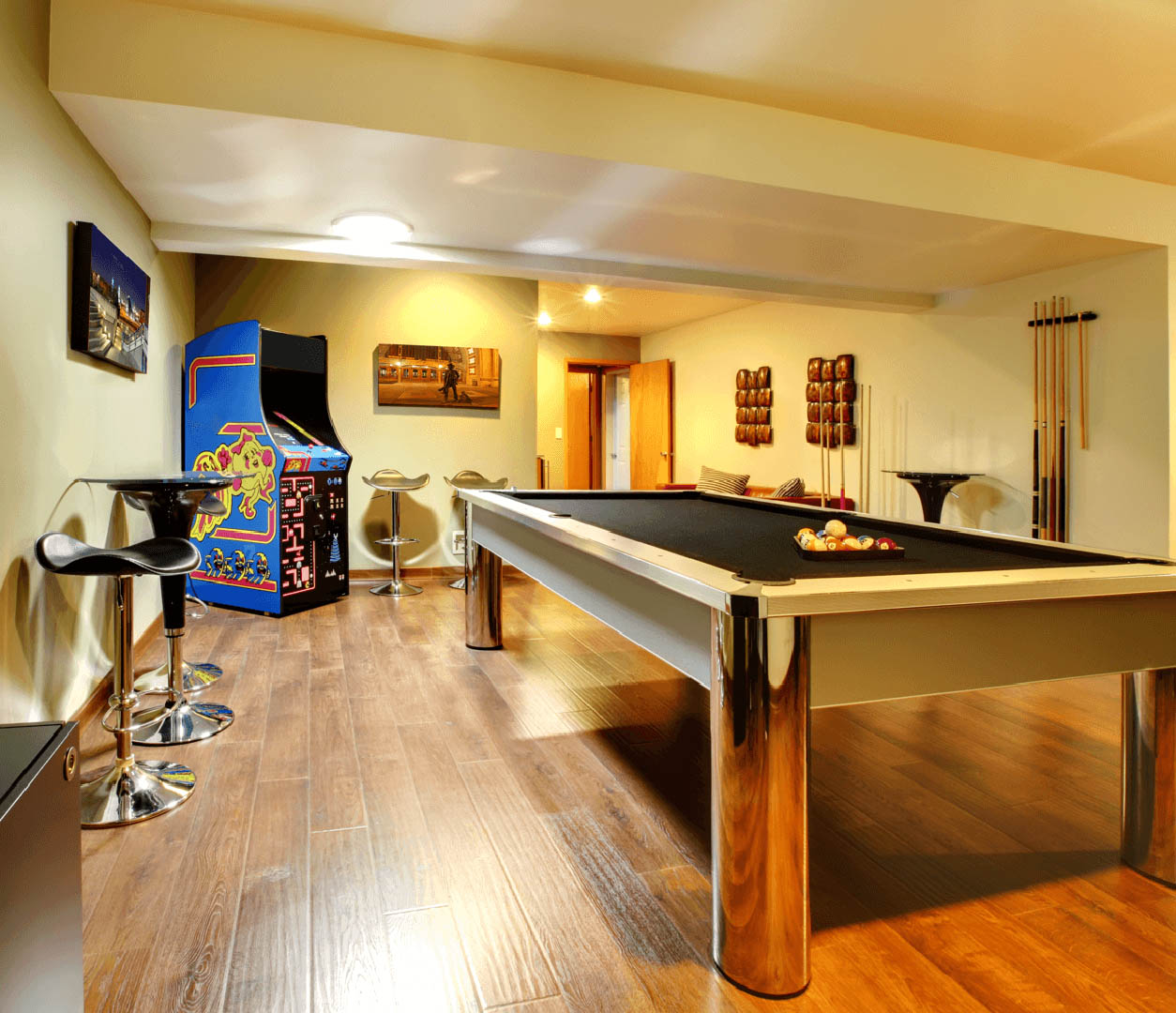 You Can Use the Finished Basement to Balance Costs

This broadens your search options. For instance, rather than being limited to homes with four bedrooms on the second floor, you can also look at three-bedroom homes with the idea that you’ll add a bedroom in the basement.

There Are Legal Restrictions

It Can Be Hard to Match at a Later Time

Those who decide to finish the basement at a later time are often disappointed to find that it’s impossible to exactly match the building materials to the rest of the home. Sometimes, materials or paint colours are discontinued and are simply no longer available. Even if you’re able to order the same type of wood for cabinets or flooring, though, there’s likely to be some slight variations in colour because the wood will have come from a different “batch” than your originals. Your originals may also have faded slightly over time.

You Can Create an Income Suite

Your family may not personally need the space in a finished basement, but this doesn’t mean you should toss out the idea entirely. Many buyers are choosing to include separate income suites in the basement of their homes. This would add only a little bit to the overall cost of your home, but when you rent out that space, you get some extra money that can go toward your mortgage. If this idea sounds intriguing, talk to your sales agent to get some more specifics.

All buyers must decide whether or not they want to finish the basement. To some, it seems like an unnecessary expense, but there are definitely advantages. If there’s even a chance you would finish the basement in the future, you should ask your builder for a quote on doing it now. You might be surprised by how affordable it is when looking at it on a monthly basis.

Have any questions? We're here to help!